Traditional, ancient river boats and the biggest water-worthy vessel you can make with one ox hide, coracles have been found in river and lakeside communities the world over, from Vietnam to India to Tibet to America to the British Isles. I'd been wanting to make one for ages, especially since I realised I'd be able to go round the maze in one during the winter floods.


Boatbuilder Pete from Co. Clare came down to show us how to do it one sunny day in mid-June. Coracles can be made out of a wide variety of materials, such as reed, ash, grass or hazel. We made four in total using 200-odd 6ft poles of willow that we cut from the coppice at college (thanks Kevin!). We started by whittling the ends, sticking them in the ground in a wonky oval shape (44" x 55") and wove them together. Once they were woven and the seat attached, we covered one in clear polythene and another in canvas that we painted with bitumen, and left the other two in the ground with rocks on the base in order to flatten them out a bit.

The polythene vessel was launched in the river by Dec - see video above. Around 60 people came in all, we had a massive bbq and partied well into the night. Great craic!

See below for photos: 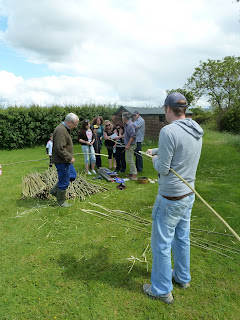 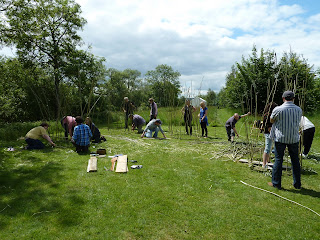 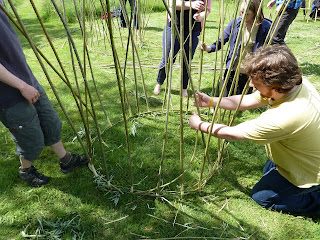 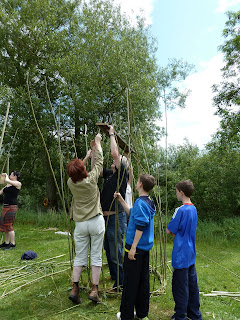 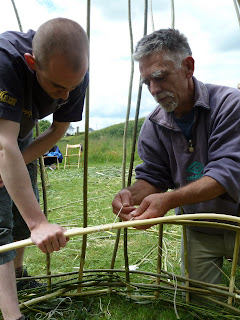 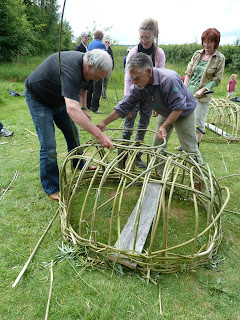 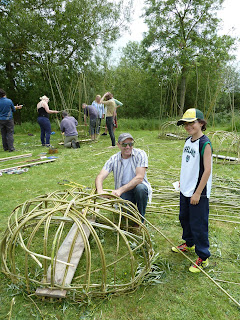 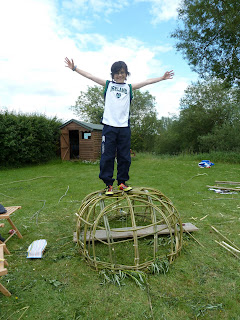 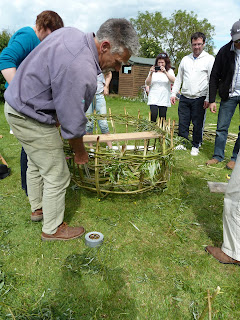 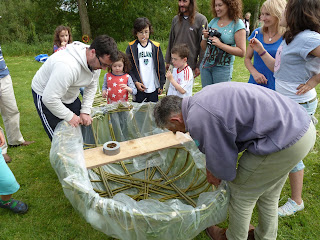 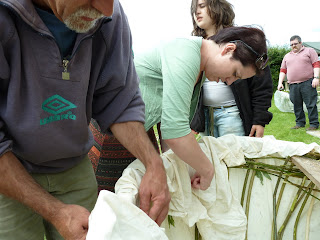 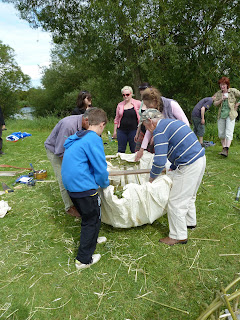 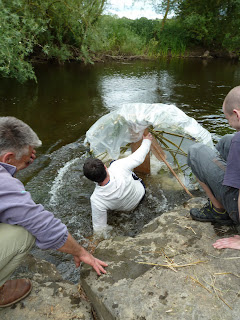 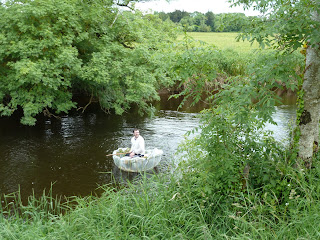 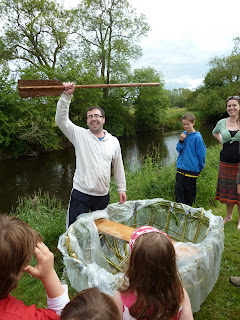 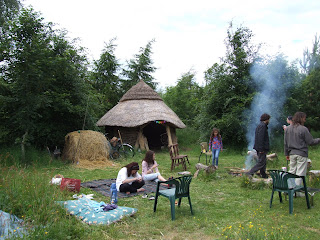 This blog is dedicated to the world outside my window...